Back to Blog Posts
Prev Next

Soak Up the Sun in the 8 Best Neighborhoods in Naples, Florida 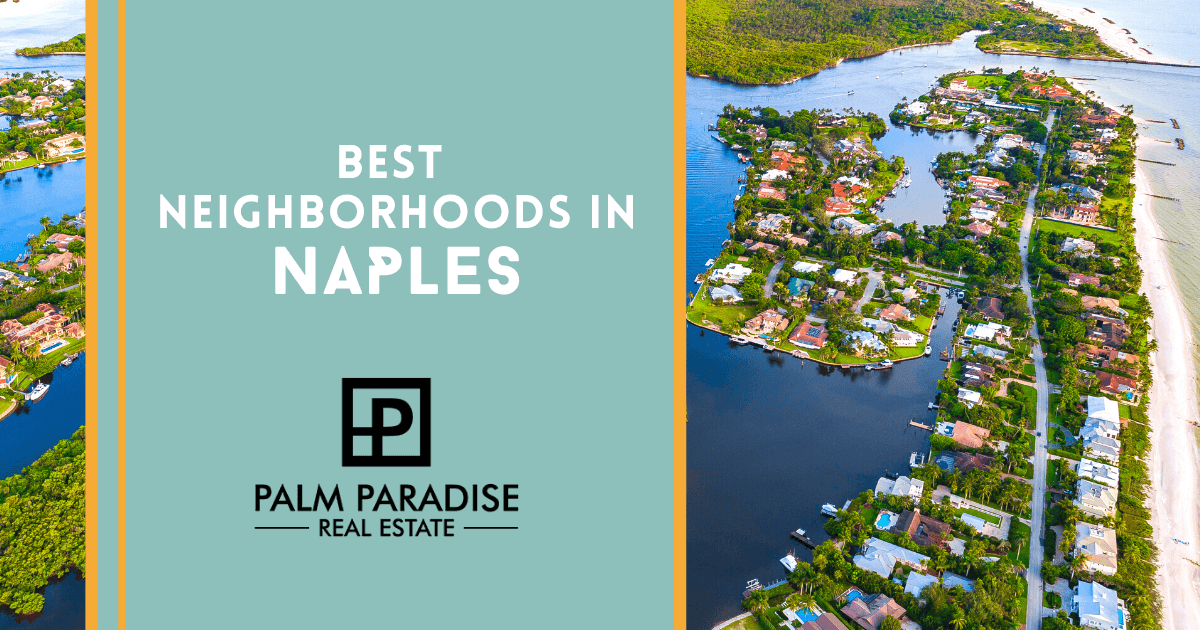 Naples is a city of about 20,000 people and the county seat of Collier County, Florida. It is part of the Naples-Marcos Island Metropolitan Statistical Area, which has about 325,000 residents. In the city's earliest days, settlers found the area as beautiful as Naples, Italy, and decided to give the area the same name. Today, the city of Naples is still a stunning waterfront community with a strong economy and many fun things to do outdoors. As such, the city is home to a plethora of excellent neighborhoods. Thinking about moving to Naples? Keep reading to find an overview of the best neighborhoods in the city.

All Roads Lead to the Beach in the Olde Naples Neighborhood

The Olde Naples area contains the downtown historic district and includes both city and beach lifestyles. It runs east to west from 15th Avenue to South Gulf Drive and north to south from Tamiami Trail/9th Street South and Naples Bay to the Gulf of Mexico. The neighborhood includes Palm Cottage and the Naples Pier. Almost every avenue in the neighborhood ends with beachfront access, and coconut palms characterize the neighborhood.

The neighborhood has a plethora of shopping, dining, and entertainment options, especially along Fifth Avenue. More than 70 retail stores and restaurants, including theaters and world-class museums, are on this street. Chops City Grill and Bistro 821 are two examples. Third Street South also has about 100 shops and restaurants. Tin City on the waterfront is a unique shopping experience, and a farmer's market takes place on Saturdays.

The Aqualane Shores neighborhood, founded in the 1950s, is one of the oldest waterfront communities in Naples. Its 300 acres are set between Olde Naples to the north and Port Royal to the south. It stretches from the Naples Yacht Club and 15th Avenue to a few blocks south of 21st Avenue, north of Galleon Drive. It has palm trees and deepwater canals, which provide easy access for boats.

Properties range from 2,500 square feet to more than 10,000 square feet, and many have private docks. Various architectural styles are in the neighborhood. These luxurious waterfront homes typically cost between $5 million and upwards of $17 million.

The Moorings Neighborhood Has Direct Access to the Gulf

Moorings is located on 800 acres of land plus waterways. It has direct access to the Gulf of Mexico. Its western boundary is 1.5 miles of white sand beaches; its eastern edge is Tamiami Trail. Its northern boundary is Binnacle Driver, and its southern boundary is a quarter-mile south of Golden Gate Parkway. A developer originally bought the property in 1957.

The Moorings is a residential neighborhood; however, retail is located outside the community and across Tamiami Trail at Coastland Center. Coastland Center features chain department and specialty stores, such as Dillard's and Aeropostale, and local shops such as Coastland Center LP and Vourla Mediterranean Café.

The Coquina Sands area is one of the oldest communities in Naples. Development began in the 1960s and continued until the mid-1980s. The neighborhood is bounded by South Golf Drive on the south, Orchid Drive on the north, and the North Tamiami Trail (US 41) to the east.

The neighborhood features large single-family homes with large lots. Many of them are Naples homes with swimming pools or private docks. A lot of the older estates have been renovated or replaced with homes with modern conveniences. The neighborhood also contains several beachfront and bay-front condos, ranging from 800 to 4,000 square feet. Home prices vary widely and can usually be found between $1 million and $5 million.

Several restaurants and cafes are within the neighborhood, including Caffe dell'Amore and First Watch.

The Park Shore neighborhood is located between the Gulf of Mexico and the Tamiami Trail and was the first planned unit community in Florida. Construction began in the neighborhood in 1964, and the first homes were built in the 1970s. Several neighborhoods make up the community, including Belair, The Mews, and Casa Mar. Venetian Villas is on a manufactured island extending into the bay off Gulf Shore Boulevard.

Park Shore is both a beachfront and waterfront community. It includes both inland and waterfront houses, townhomes, and condominiums. Architectural styles include Bermuda and Mediterranean villas. Some have private pools or are built around lakes. Prices range from $500,000 to more than $16 million.

At the center of the community, the Village Shops on Venetian Bay features waterfront shops and restaurants. T-Michael's Steak and Lobster House is a fine dining restaurant; MiraMare provides authentic Italian cuisine. Examples of shops are A Horse of a Different Color gift shop and Whispers of Naples jewelry and clothing. The Waterside Shops are opposite the community's north end.

The Pine Ridge neighborhood is located across from Pelican Bay on U.S. 41. Its borders are Pine Ridge Road on the south, Vanderbilt Beach Road to the north, and Goodlette Frank Road to the east. It's a wooded setting with pine trees and small lakes. A real estate company, ATTOM Data Solutions, has ranked the neighborhood the best neighborhood in the United States based on factors such as affordability, home price appreciation, and taxes.

The neighborhood features single-family homes and estate homes on large lots, some with horse farms. Some are new construction homes here as well. Home prices range from the mid $200,000s to more than $15 million.

Pelican Place, a small mall, and several shops are along Pine Ridge Road, including Exquisite, a boutique, and Suite Luxury, a linens shop. The neighborhood also is close to the Waterside Shops, a mall anchored by Saks Fifth Avenue.

The Port Royal area is a waterfront community south of downtown and accessible by land only via Gordon Drive, but easily accessible by boat. Its deepwater bays can accommodate yachts and sailing ships. Gulf of Mexico access is through the Gordon Pass. Port Royal began as a dream John Glen Sample in the 1940s. Sample, owner of the Dancer-Fitzgerald-Sample advertising agency that originated the concept of radio soap operas, reportedly told the Miami Herald that, "My ambition is to make Port Royal the finest place in the world to live."

All 500 homes on Port Royal are estate homes, and each is unique. Almost all are adjacent to the deepwater canals, and many are right on the beach, where they provide unobstructed views of Gulf sunsets. The typical home value is more than $10 million, and some are offered only through private sales.

Residents can dine in the community at the Port Royal Club. Dining and shopping opportunities outside the neighborhood but nearby are at Tin City and include The Riverwalk seafood restaurant and Osprey Fashions. Port Royal offers some of the most desirable gated community homes in Naples.

The Pelican Bay neighborhood is a waterfront and beachfront community south of Vanderbilt Beach Road, north of Pine Ridge Road, and east of Tamiami Trail. Its anchors are the Ritz Carlton, Naples Grande Beach Resort, Waterside Shops, and The Marketplace and the community includes 2,300 acres and 60 neighborhoods. It has 2.5 miles of Gulf Coast beaches. It also has coastal mangrove forests and nature trails.

The area features condos, gated community homes, and luxury estates. The typical value of homes is between $500,000 and $25 million.

Several restaurants are within the community, including The Catch of the Pelican and Aura. The Mercato "Main Street" district is on the community's eastern perimeter. Mercato features shops, restaurants, coffee shops, professional services, and cinemas. A large Whole Foods Market is an anchor there.

Discover the Best Neighborhoods in Naples 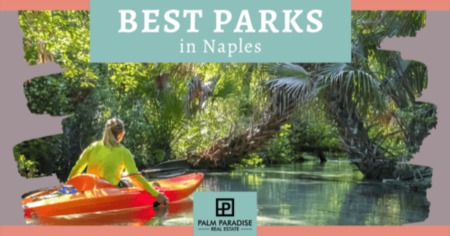